Laws of the game (Official Regulation)

The SIF CUP will be played in accordance with applicable sections of the FIFA rules and the Swedish F.A. rules for the current year.

2.1 The club has to be a member of its FIFA affiliated national association. In countries where football is operated by the schools we also allow teams affiliated by their school football association. All players must belong to the club they are competing for. Please note that players can not belong to a club from a country where the player is not resident.

2.2 (Group) The teams are divided into groups where all the teams will meet in a round robin series. The two best teams in each group will advance to the A-playoffs. The other teams in the group will advance to the B-playoffs. The order among the teams will be decided according to points. 3 points will be awarded for a win, 1 point for a draw and 0 points for a loss.

If two or more teams have the same number of points, the order will be decided as follows:

2) Highest number of goals scored
3) Results in match(es) between teams with equal points
4) Penalty kick contest according to FIFA rules
The time and place for any penalty kick contest is determined by agreement between the teams concerned and the competition jury.

5.2 In class B2011/2012 you are allowed to have unlimited number of players during a single match, but only 7 on the playing field simultaneously.

5.3 Players in class B2006 may only represent the association for which they are licensed. If a club participates in multiple teams of the same age class, players may only participate in one of these teams. Players are entitled to represent their association in more than one class provided that the age terms are met. Younger players may thus play in older classes provided that the player is on the attendance list in his or her primary class. Merged teams (i.e. from multiple associations) are allowed only on condition that the merged team participates in series game in their home district. Girls may play in boy classes provided that the age conditions are met. However, boys are not allowed to play in girl classes.

Note that you have to apply for dispensation for every over aged player and valid dispensation must be shown on demand. The two players must be highlighted on the team list before each game.

Copies of the participant list will be provided to each team after check-in and should be used as team-sheet for each game.

7.2 All players must be able to identify themselves on demand by the competition jury. All players must be able to identify themselves with photo identification (passport, official identification documents). For players from countries where there is no identification requirement for entering Sweden (primarily the Nordic countries), the minimum requirement is an attested personal certificate with photo. ID documents which expired after May 1st are also considered to be valid. Note that a copy of passport or identity document is not valid. Team-sheets and participant lists will be controlled at a number of randomly selected games.

7.3 Completion of the participant list during the tournament is not allowed. Only in very special cases can such a question be considered by the competition jury. Teams with non-qualified players can be excluded from the tournament. All participants must be insured by the association.

8.1 A written team list containing each players name and number as well as each team leaders name and role, must be handed to the secretariat 30 minutes before the start of every game. The team list should be written on a copy of the participant list handed to each team after check-in. Over aged players must be highlighted on the list.

8.2 If players enrolled in a younger class are used in older classes, these should also be highlighted on the team list provided before each game. All teams should be ready at the field no later than 15 minutes before kick-off. The teams are responsible for their supporters’ conduct. Bad supporters’ behaviour can result in team’s exclusion from the tournament.

8.4 Every responsible team official (coach) must immediately after the match sign the referee’s match card in order to confirm match results, red cards and other events during the game. Failure to sign may result in a notification to the SIF CUP competition jury.

All the playing fields are grass or artificial turf. In case of bad weather conditions games may be changed to gravel fields and other match fields in the municipality. Preliminary match schedule will be presented two weeks before the start of the tournament. Final match schedule will be handed to the team during check-in.

The SIF CUP organization committee has the right to change the schedule.

All team shirts must be numbered and the numbers must correspond to the numbers on the team list. Numbers must be on the back of the shirts. Two players may not use the same number in any given match. If the referee decides that one team should change shirts due to similarity to the opposing teams’ shirts, the team appearing last in the match schedule must change. If necessary, numbered vests can be borrowed from the secretariat.

All players must wear shin guards.

The offside rule is not applicable. It is allowed to pass the ball to the goalkeeper and he or she is allowed to pick up the ball with hands. Goal kick can be done from the ground or from the hands of the goalkeeper. He or she can also throw the ball. Sending-off at obvious goal-scoring opportunity is not valid.

A written team list containing each players name and number as well as each team leaders name and role, must be handed to the secretariat 30 minutes before the start of every game.

Any team not appearing at the appointed time and place for a match (without a valid reason) will be declared loser by 0-3. If the team repeatedly fail to appear at games, the team may be excluded from the tournament. In special cases, the tournament jury may decide to exclude a team at the first offence.

Yellow cards are not accumulated.

Any player given a red card is automatically suspended from participating in the following match in the same class. This also applies to team leaders.

Severe offences may, after the competitions jury’s decision, lead to suspension even in other classes.

Severe offences will be reported to the FA of the nation concerned.

It is the team leader’s responsibility to make sure that a suspended player doesn’t play any game(s) while serving suspension.

Referees are appointed by the SIF CUP in collaboration with Södermanlands Fotbollsförbund and Södertälje Fotbollsdommarklubb. All referees are authorized by the Swedish Football Association or another country’s football association. Some of the referees are undergoing their education during the tournament.

There will be assistant referees in the following games:
B16/17 (Group, A & B-playoffs)

All protests must be made in writing by the team manager and delivered to the secretariat no later than 60 minutes after the game is finished. A protest fee of SEK 1500 will be paid at that time. The fee will be returned if the protest is approved. The team that is announced as winner after an approved protest or walk over wins the game by 3-0.

The decisions of the referee regarding facts connected with the play are final (FIFA rule no. 5). No measures will be taken on protests on decisions made by referees.

In event of danger to the participants’ safety (e.g. severe thunderstorms), the jury determines if a match must be interrupted. Such decisions are communicated via speakers and by telephone to the team leaders. In other cases, the referee decides if the match must be interrupted. As soon as circumstances (such as weather) allow, match will resume. If the match can not be resumed, the competition jury determines the outcome. If the final match can not begin, both teams will be announced as winners.

If unforeseen events (such as storms or accidents) occur and the arrangements due to this must be cancelled, registration and attendance fees will not be refunded.

It is the team leader’s responsibility to make sure that all players are insured both on and off the playing field. SIF CUP does not carry any group insurance protecting participants in case of injury, illness, theft or damage to property.

The tournament jury meet twice a day at 12 PM and 6 PM.

Teams, players and referees who fail to comply with the rules can be excluded from the tournament by the jury.

Their decisions can not be appealed.

· The team manager as indicated on the participant list is responsible for any damage caused by his or her players.

· Consumption of alcoholic beverages is absolutely forbidden in the schools and the surroundings.

· Silence is prescribed in each school between 11 PM - 6 AM.

· Before departure you must clean your sleeping room.

· Smoking is prohibited I the schools.

· It is forbidden to cook (for instance to make coffee) in the sleeping facilities and corridors.

· It is forbidden to put combustibles in the corridors, or to move desks and chairs etc.

· Please note that the doors between the corridors and the stairs must be closed.

FAILURE TO COMPLY WITH THESE RULES WILL BE DEALT WITH BY THE JURY AND MAY RESULT IN EXCLUSION FROM THE TOURNAMENT AND LODGINGS
. 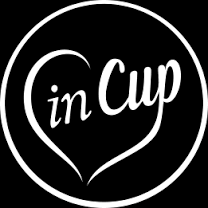 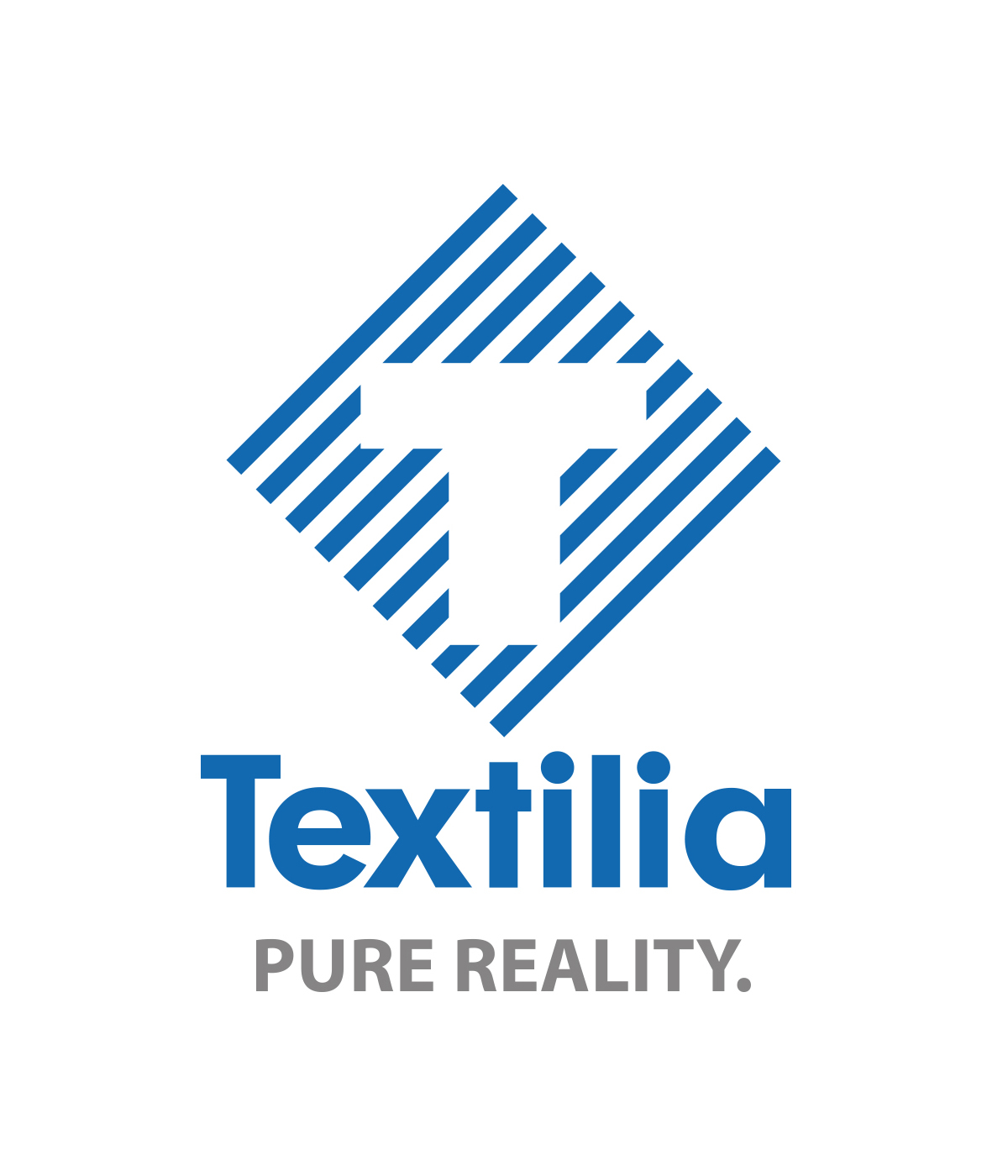